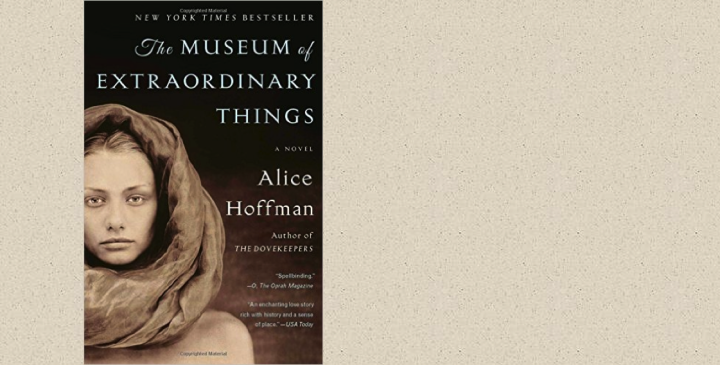 The Club’s next selection is Museum of Extraordinary Things. The novel, by Alice Hoffman, takes place in New York in the early 1900s — the Triangle Shirtwaist Fire plays a role in the book — and the Museum mentioned in the title is on the boardwalk on Coney Island and filled with oddities, such as the Butterfly Girl and the Goat Boy. The story is told by Coralie, daughter of the man who runs the museum, Professor Sardie. She herself is an oddity, a “girlfish” who is born with webbed fingers.

Said Katharine Weber ina New York Times review of the book: “Museum of Extraordinary Things will not disappoint readers longing to be swept up by a lavish tale about strange yet sympathetic people, haunted by the past and living in bizarre circumstances.”
The book will be discussed on Friday, December 11, at 10:30 a.m. Please join us.

After a January break, the Club resumes in February. Current selections will be available for pickup at the Circulation Desk. Check back to the Second-Friday Book Club’s web page for further titles. All are welcome, and we hope to see you there!

The 2nd-Friday Book Club is generously funded by a gift in memory of Karin and Ted Mayer.