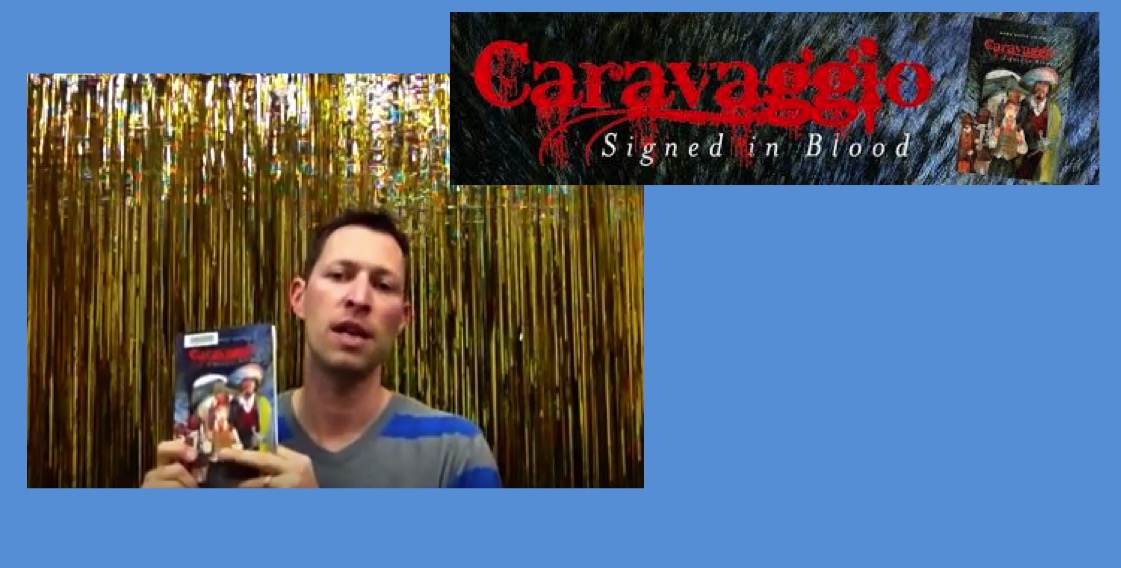 In the work of historical fiction Caravaggio Signed in Blood, the Renaissance artist is depicted as a brawling, unrepentant, street fighter in Rome, spoiling for his next battle. Equipped with a flashing sword and an eye to mayhem, he encounters the influential nobility and promptly slays one of them in a street clash. Now he is forced to flee from the authorities, and picks up a street kid named Bappo who becomes his servant.

Bappo has his own reasons to leave Rome. His master was killed by an aristocrat, but Bappo is the one the authorities think is the killer. Together they flee by sea to Naples where a patron has commissioned Caravaggio to create paintings to adorn a church. Even here, Caravaggio has no scruples about using street people and courtesans to model holy figures.

This is a fast-paced romp through the backstreets of the Renaissance where lawlessness flourishes and young men brawl with abandon. Not very much analysis is focused on Caravaggio’s bold and dramatic canvasses, but the scene is set for readers to look at his paintings on their own.