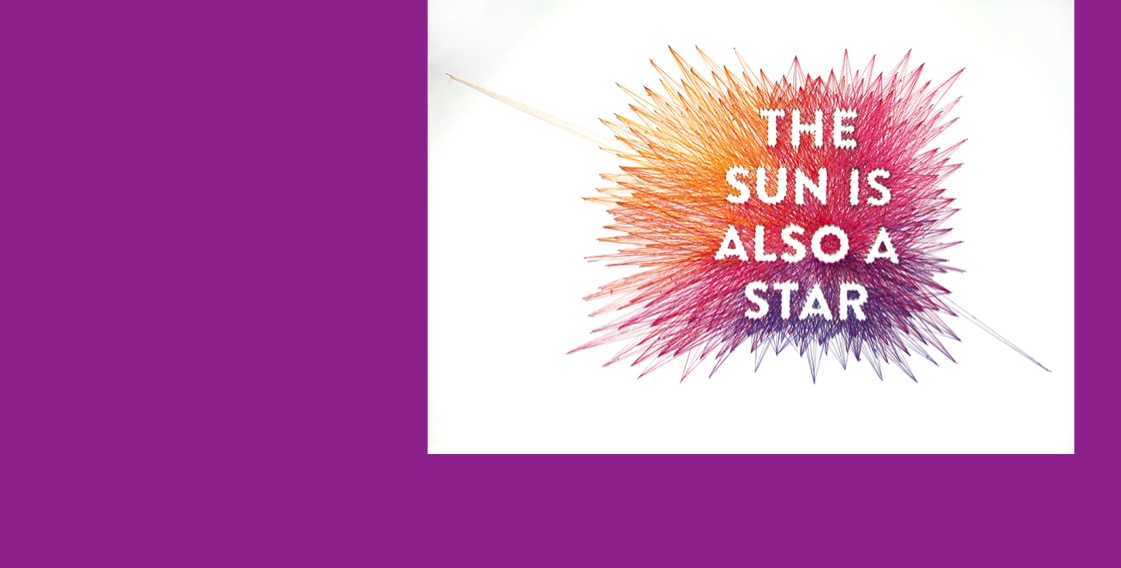 YA Book Review: “The Sun Is Also a Star” by Nocola Yoon

Not every couple looks like they could be soul mates when they first meet. In the case of Natasha and Daniel, of The Sun Is Also a Star by Nocola Yoon, there is a racial difference, a personality disconnect, and tough life circumstances. Each comes from a different milieu, and each is a troubled teen. Natasha and her family face deportation to their former home in Jamaica because they are undocumented immigrants. Daniel is a Korean-American who is burdened with his father’s insistence that he become a doctor in spite of his talent as a poet.

Somehow, on Natasha’s last day in America, they meet, and Daniel knows at once that Natasha is his destined one. Through odd circumstances, they continue to meet up during this long, passionate day until Natasha is also convinced that Daniel is her future. Strangers on the periphery of their courtship also have parts to play and their destinies become aligned with this magical couple. Yoon has written a poetic romance that defies convention and inspires hope in what appears to be a hopeless situation.