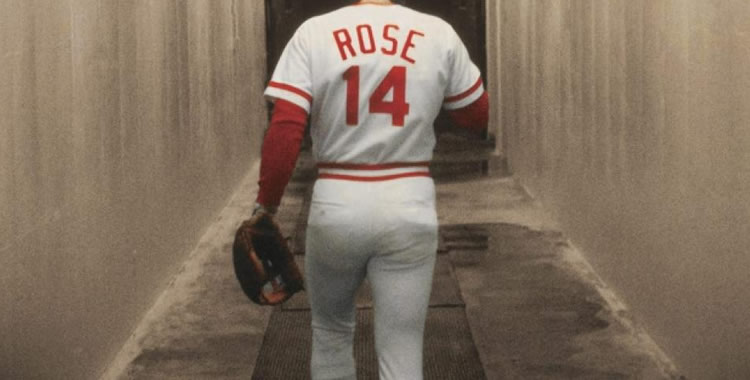 March 2014 Bookmark: Take Me Out to the Book Game … Pelham Library To Host Talks With Two Prominent Baseball Authors

With the kind of winter we’ve been having, there’s likely a heightened interest in the baseball season, a sign of spring that ranks right up there with seeing the first robin or a crocus poking through the snow.

To get you ready for that first “Play ball!” and the early weeks of the season, the Town of Pelham Public Library is featuring talks with two prominent baseball writers in coming months: one on Thursday, March 27, featuring Marty Appel, author of 2012’s Pinstripe Empire: The New York Yankees from Before the Babe to After the Boss, and another on Thursday, May 22, featuring Sports Illustrated’s senior editor Kostya Kennedy, whose next book, Pete Rose: An American Dilemma, will be published in March.

The events start at 7:30 p.m.. and are free to the public. Both authors will have their books on hand for buying and signing.

If it involves the New York Yankees, chances are Appel knows about it—or was there when it happened. Appel began working for the Yankees in 1968; his first job was to manage Mickey Mantle’s fan mail. Named the team’s public relations director at the age of 24, he was on the scene for, among other things, the often tempestuous relationship between Yankees owner George Steinbrenner and on-again, off-again manager Billy Martin, the signing of Catfish Hunter—who poured champagne on Appel’s head when the team won the 1976 American League pennant—and the tragic death of catcher and team captain Thurman Munson in 1979.

He later became executive producer of the team’s broadcasts on WPIX-11, which aired Yankee games for decades, and he currently operates a sports public relations agency. (He also appeared last year at the Pelham Picture House’s screenings of the Jackie Robinson biopic “42,” where he interviewed Bobby Valentine and Robinson teammate Ralph Branca.)

But for many, Appel is best known as an author who has written or co-written 18 books to date. They range from a book on King Kelly, baseball’s first superstar, to children’s biographies of Joe DiMaggio and Yogi Berra, to Pinstripe Empire. Published in 2012, it is the first narrative history of the Yankees in 70 years. Many people, Appel said, thought he was “the logical guy to write this,” but it wasn’t’t until he realized how long it had been since the last comprehensive look at Yankee history that he decided to take on the job.

Said New York Post sports writer Mike Vaccaro of the book: “There probably was only one man who could have pulled off a readable yet encyclopedic rendering of the full scope of the Yankees’ history. That man is Marty Appel. And with Pinstripe Empire, he has delivered precisely that, a must-have for fans of the Yankees, and baseball, and splendid reading.”

Yankee fan though he may be, Appel is proudest of the book’s objectivity. “The nicest thing that’s been said about [Pinstripe Empire] is it’s a dispassionate history,” he said. Appel promises an evening for anyone who is interested in the game. “This is a program for all baseball fans, not just Yankee fans,” he said.

Kostya Kennedy: Exploring the Conundrum, and Controversy, of Pete Rose

Kennedy, an assistant managing editor at Sports Illustrated, first joined the magazine in 1994 and has covered baseball and hockey throughout his career, also writing for The New York Times, Details and other publications. While much of his reporting covers current sports events, he has also authored a book about one of the most famous players in baseball—Joe DiMaggio—and now, with his new book on Pete Rose, one of its most infamous.

The Kirkus Review of Pete Rose: An American Dilemma says: “Were this book just a biography of ‘Charlie Hustle,’ it would be a fine one. But more importantly, Kennedy explores not only Rose’s life and career and his ignominious fall from glory, but also the complexities and conundrums surrounding his ineligibility [for baseball’s Hall of Fame] and his character. Rose’s detractors and supporters alike will find evidence here to both confirm and challenge their biases … Rose may not deserve as nuanced a biographer as Kennedy, but baseball fans certainly do.”

Kennedy said that although much has been written about Pete Rose, he still found the record incomplete. “The books about Rose seemed to come with an agenda of some kind: Pete as either a hero or a rogue,” he said. “The truth is somewhere in between. And the context of his life has entirely changed.”

Kennedy points out that in light of the baseball scandals that have come in recent years—many, of course, involving steroid use—and Rose’s own evolution, his transgressions seem somewhat different now. Rose, though not a perfect role model, eventually came clean about betting on baseball—including on games played by his own team—and is a mentor to younger players.

Come to the Library for an inside look at the game of baseball.
CHILDREN’S PROGRAMS

Storytime: Tuesdays for ages 3 – 5, 10:30 a.m.; Wednesdays for kids up to age 2, 10:30 a.m.
Bilingual Storytime: Saturdays, 10:30 a.m. This program offers a story and activities in Spanish and English. For children from pre-school through mid-elementary school.
Homework Help: Tuesdays and Wednesdays, 3:30 – 4:45 p.m. For children in grades 1 – 8. Students must bring their written assignments and accompanying textbooks.
Fun Friday: March 7, 7 – 9 p.m.  Drop off your first- through fifth-grader to enjoy a movie, arts and crafts and more. Homework assistance and tutoring are also available. Pre-registration is going on now for this session only; call 738-1234. Future Fun Fridays will be held on the first Friday of the month on April 4 and May 2.

Chess Mates: Thursday, April 17 and 24; May 8, 15 and 29, 7 – 9 p.m. Chess instructor Jon Gallagher will teach chess at the Library in a series of Thursday evening sessions, for ages seven and up. Children need to be registered by calling 738-1234; older siblings and parents are welcome as well.
ADULT PROGRAMS

Baseball Author Series: Thursday, March 27 and Thursday, May 22, both at 7:30 p.m. The March talk features long-time New York Yankees executive Marty Appel; in May, Sports Illustrated’s Kostya Kennedy will be on hand. (See story above.)

Eight-Week Career Counseling Seminar: Next class is on Monday, March 3, 6:30 – 8:30 p.m. Other March classes are on Thursday, March 13 and Mondays, March 17, 24 and 31. Registrants for the career-counseling series “Managing Your Career in Changing Times” should note there will be a make-up class on Monday, May 5. The program is sponsored by the Westchester Library System’s WEBS Career and Educational Counseling Service.

Computer Training: Want to learn Microsoft Word or Excel, or learn how to use the Library’s many apps? Call 738-1234 for individualized training.
(Library programs are free and open to the public.)
Reprinted from The Pelham Weekly, Friday, February 28, 2014, Page 18. Used by permission.