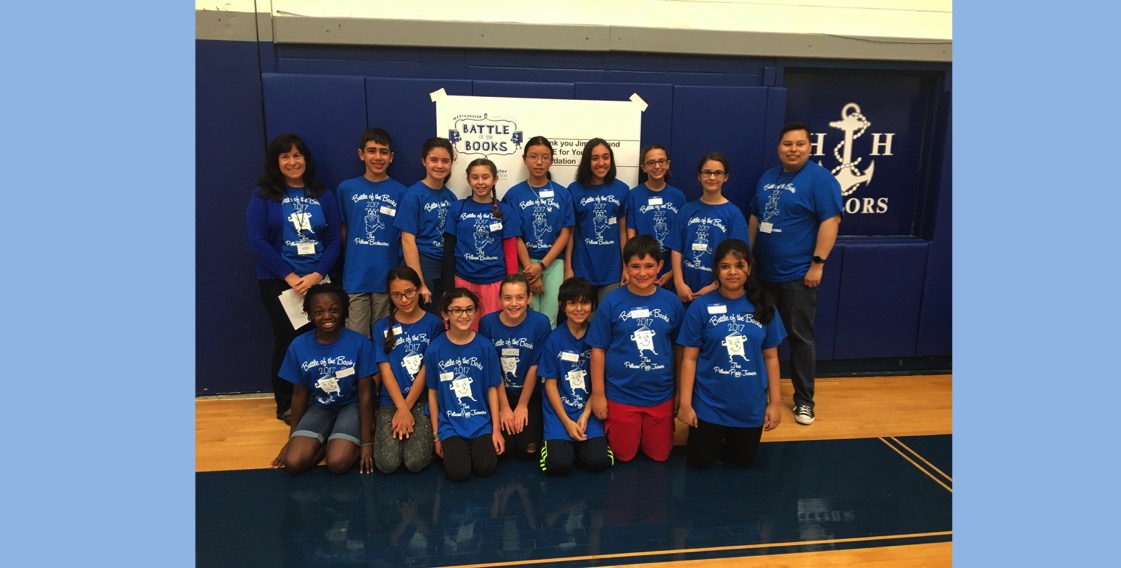 Pelham Page Turners Go to Semis in Battle of Books, by Matt Michailoff

Every second the team had been practicing came down to one moment—the Fourth Annual Battle of the Books Competition. The Pelham Page Turners, the town’s younger team, had studied for six weeks preparing for this day.

The Page Turners, who competed in the fourth to sixth grade age group, consisted of Irene Basu, Sasha Herzog, Lise Obudulu, Celia Parent, Soroush Rassi, Cararose Vitale and this reporter. The books assigned over the summer were Fuzzy Mud by Louis Sachar, Ms. Bixby’s Last Day by John David Anderson, One Crazy Summer by Rita Williams Garcia, Out of My Mind by Sharon M Draper and The Witches by Roald Dahl.

Prepping for the competition is the most difficult part. With the help of Augusta Turner, the adult services librarian for the Pelham Library, the team was able to get access to buzzers and practice twice a week. Reading the books multiple times and studying the key details is important.

The Page Turners made it all the way to the semi-finals, where they went up against Rye. The final score was 11-10 in Rye’s favor. Rye faced Bronxville in the final. Pelham team members were devastated they did not win, but also proud that they made it that far.

(This article originally appeared in the News of Pelham. The picture is of both BOB teams.)