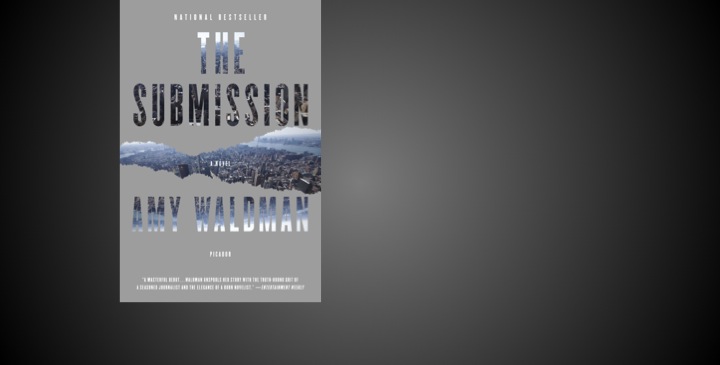 Book Club to Discuss “The Submission” by Amy Waldman, Thursday, May 7

At its next meeting, The Book Club will discuss The Submission by Amy Waldman.

Waldman, a former New York Times bureau chief, has performed a rare and dangerous feat in writing this post-9/11 novel that has been on multiple “best” lists, including being Esquire‘s Book of the Year for 2011 and one of NPR’s Top Ten Novels of that same year. The plot follows what happens when a Muslim architect wins a blind contest to design a Ground Zero memorial and the controversy that follows. Waldman explores a diversity of viewpoints, bringing in politicians,  businessmen, journalists, activists and ordinary people who get caught up in it.

Said NPR’s Maureen Corrigan, “The Submission is that rare animal: a political novel that’s also elegantly written …. It imagines the angry fallout when a jury chooses an anonymous design for a Sept. 11 memorial at ground zero, and the architect turns out to be Muslim American. Although that premise may sound suspiciously ‘high concept,’ The Submission ventures far beyond the contrived and, through an ensemble cast of characters, tackles issues like identity politics, the rights of undocumented workers and the stress fractures of democracy.”

Copies of Book Club selections books are at the circulation desk and all are welcome.

In June, the Club will discuss  Caleb’s Crossing by Geraldine Brooks.