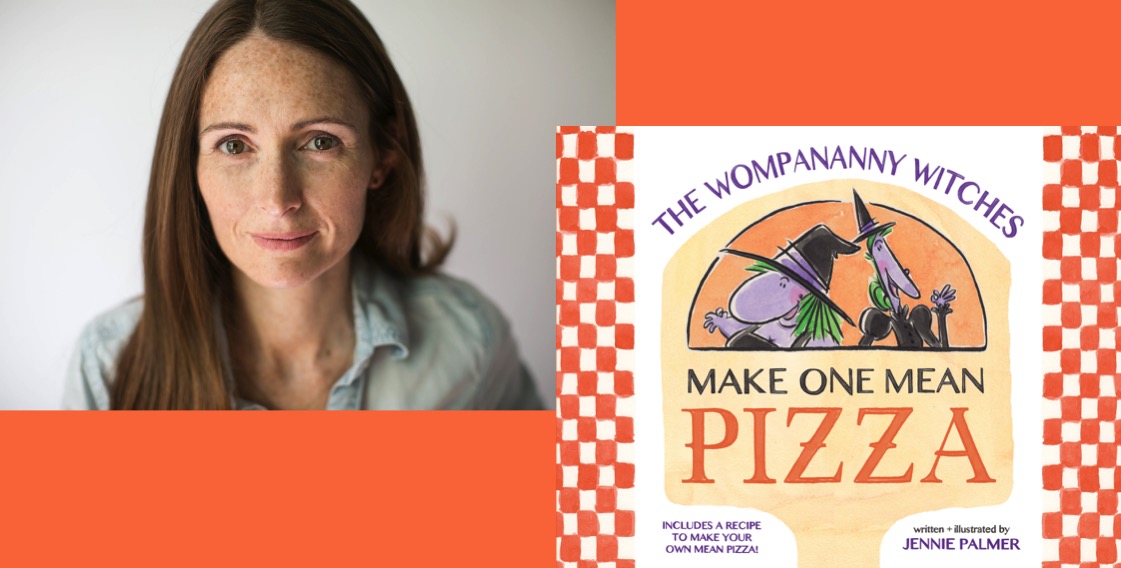 Former Pelham resident Jennie Palmer is headed back to town for a reading of her new children’s book, The Wompananny Witches Make One Mean Pizza, at the Town of Pelham Public Library on Friday, October 27th at 3:30 p.m.

Jennie grew up and attended school in Pelham before heading to Rhode Island School of Design to study illustration. She has worked in production, on TV shows such as Blues Clues and Wonderpets, and as a designer and sculptor at the Macy’s Parade Studio for 12 years.

A family move from New Jersey to Burbank, California and the decision to stay home with her three young children led her shift to writing and illustrating children’s books. Witches is Jennie’s first published book and she is so excited to share it with everyone.

The plot itself follows sisters Anita and Winnifred Wompananny, a pair of purple skinned, green-haired witches who spend their days cooking in their stove-shaped house. Terrified of the neighborhood children, the witches rarely venture outside. But one day when they are making a pizza, a group of kids come to their door, and the run-in causes the witches to inadvertently pound their “fearful, freaked-out feelings” into the dough. The result is “one mean pizza,” a giant pie that escapes the kitchen and wreaks havoc across town. Palmer’s kinetic drawings revel in the messy, cheesy chaos, which leads the sisters to realize that pizza, children, and witches are actually a pretty tasty combination.