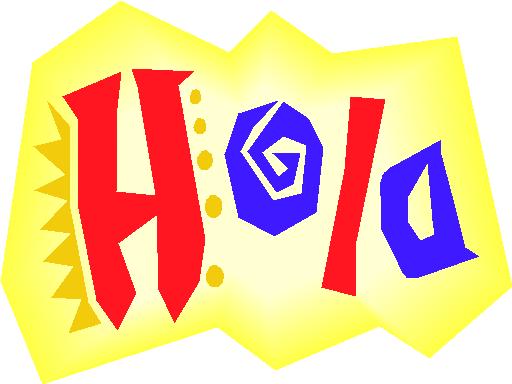 ¡Hola! Everyone is welcome to hear children’s stories read in Spanish, and English, by a native Spanish speaker on Saturdays at the Library at 11:00 a.m. It’s a great way for kids to begin to familiarize themselves with more than one language. In addition to listening to stories, attendees get to sing songs, and play Spanish Bingo! Knowledge of the language is not required.

To read a previous Bookmark column about Bilingual Story Time, see below. (This story, originally appeared in The Pelham Weekly on October 25, 2013; some edits were made):

One adage is that languages are best learned when you’re young, as any of us who have struggled to learn one as an adult can attest. Lilly Hecker, librarian for children’s services notes: “Kids are such natural learners that all we have to do is expose them to a new language and watch them absorb it.”

And the second adage? That if you want something done, do it yourself.

Having a Dream, and Making It Happen
Simon, who used to attend the Library’s English language story time when her daughter was a preschooler, found herself longing for a bilingual version. “I would always say to myself, ‘I wish there was a story time in Spanish, but there has to be someone to do it,’” she recalls.

That “someone,” of course, became her, when she approached the Library two years ago with the idea. “I love this Library and I love that they supported me and let me do this,” she said.

It didn’t hurt that her background for the role was perfect. Simon is naturally bilingual in a way that most of us can only dream about; she moved from the United States to Spain with her Bolivian mother at the age of two, and actually truly learned English when she moved back to the States at age 11.

Bilingual story time, which is open to preschoolers and young elementary school students — is a true gift to the Pelham community. The half-hour offers not only a story, but games and light refreshments, in a relaxed environment that children and caregivers can enjoy.

Simon picks from a broad array of the “amazing” children’s books available these days, she says, with an emphasis on easily translatable books that are from Spain and Latin America. She also relies heavily on the Westchester Library System, which allows any member of a local Library to get books from elsewhere in the system. “That’s what’s so great about the Library System,” she says.

Alternating between Spanish and English, Simon told the story of a rabbit who has to deal with an intruder; a goat who has taken over his home. Along the way, he learns about friendship and courage, and finally gets to eat his beloved cabbage soup at the end.

An accompanying flyer – heavy on visuals — outlined some of the story’s characters, such as the conejo blanco (white rabbit), cabra (goat), buey (bull), perro (dog), gallo (chicken), and some other simple vocabulary such as coles (cabbage).

The story was followed by a few minutes of light stretching, in which the kids stretched their piernas (legs) and armas (arms).

But the highlight of this particular edition of bilingual story time was bingo, in which the children had to match pictures and accompanying Spanish words, a playful way to reinforce some of the vocabulary from the story. The game, conducted mostly in Spanish, is a lesson in how to make fun and learning meld into one. “Michelle Simon is that gifted teacher who knows how to make learning fun,” observes Hecker. “The joy emanating from the class makes us know that this is the perfect way to learn and we are delighted to have it happen at the Pelham Library.”

As with all Library programs, bilingual story time is free. No registration is required, so drop in with your children any time. You might learn a little Spanish too!

(The Library’s English-language storytimes for preschoolers are on Tuesdays and Wednesdays. See “Children’s Programs” for details.)