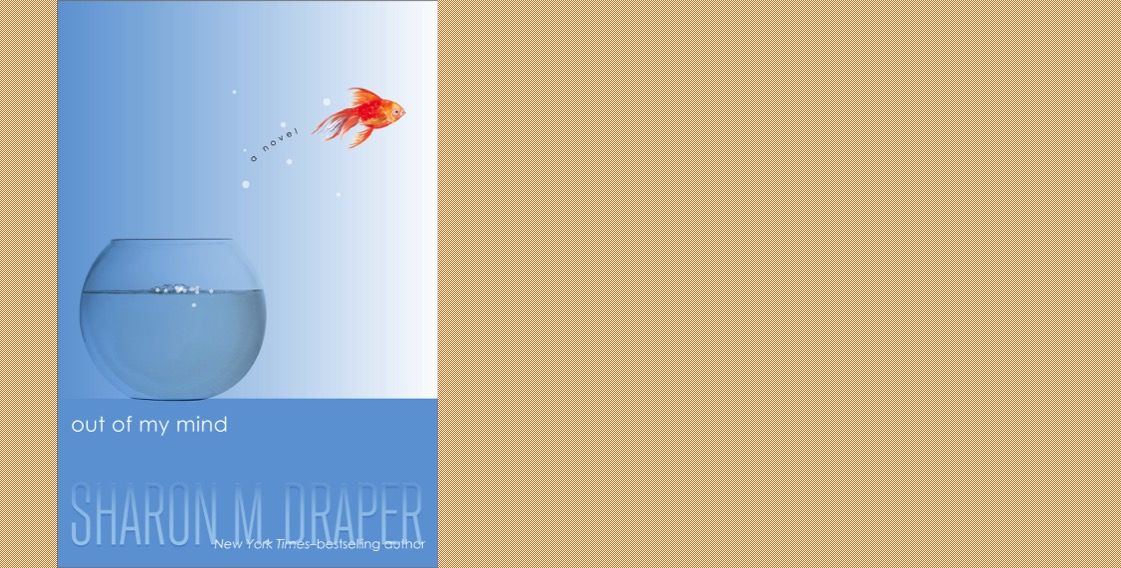 YA Review: “Out of My Mind” by Sharon M. Draper

Like the main character in R.J. Palacio’s Wonder, Melody, in Out of My Mind by Sharon M. Draper, was born with a disability — in her case, cerebral palsy, which has affected her body, but not her brain.  Wheelchair bound, and unable to speak, she is a member of the class in Room H-5 which is for mentally-disabled youngsters. Even doctors don’t see beyond Melody’s physical handicaps and suggest to her parents that she be institutionalized. However, her parents see a gleam in Melody’s eyes that gives them hope she is more mentally capable than the doctors think.Her neighbor, Mrs. V, also sees Melody’s potential. It turns out that she just doesn’t have the words to let everyone else know that she is bored by repetition, and the mush some teachers thought was all she was capable of doing.

Not surprisingly, in school she is practically invisible, although the mean girls make life tougher than ever. Everything comes to a climax when students are chosen to compete in a Jeopardy-type game against other schools. Melody, with the aid of a talking computer, aces the test and makes the team. Will she be allowed to compete facing the underhanded doings of the mean girls and the lack of support from other team members?

Draper draws a nuanced portrait of a severely challenged fifth grader who is determined to overcome her birth obstacles. Books like Wonder and Out of My Mind remind us to pay attention to the bright gleams that are visible in spite of outward appearances.