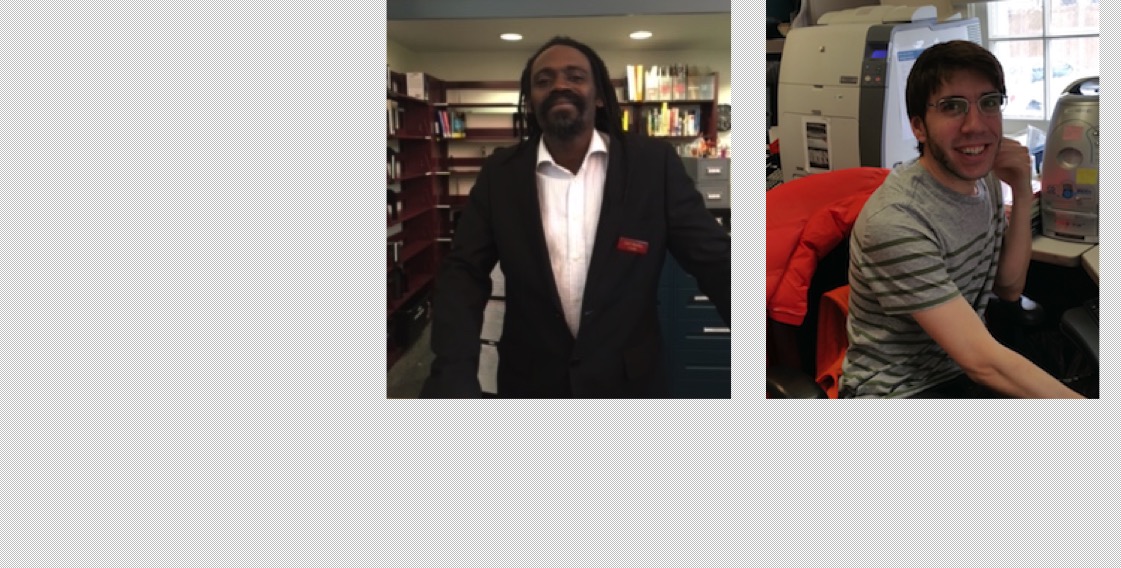 Most of us might think of the library as a quiet space. But it’s really more of a gathering place, where people of all ages come to attend programs, connect with friends, browse the stacks and confer with the staff.

In fact, the circulation desk can be akin to the counter of a country store, where the clerks know their products – in this case the Library’s collection of more than 66,000 books, audiobooks, DVDs and more – and are happy to chat up patrons, offering guidance, recommendations and referrals. The clerks are the knowledgeable and friendly front-line staff who know the Library’s visitors well and often see them the most. They also do the unheralded – but entirely necessary – work of processing materials so they are searchable and findable. Without them, the library wouldn’t just be less welcoming, it would be less user-friendly.

This is why the Bookmark likes to highlight Library staff members: what drew them to their line of work, the things they are in a unique position to notice about our local community, and – of course – their favorite books. In this edition, we profile two Pelham Library clerks: Carl Wadley and Adam Marciano.

Carl Wadley: The “Good Environment” of the Library
Having been a part-time clerk at the Library for close to nine years, Carl Wadley is a familiar face behind the circulation desk, helping people check out books and other materials. This is Wadley’s second library job. He originally worked at the SUNY Purchase library, his alma mater. “Working at a Library started as a job, but for me, it became a good environment,” he says.

He especially enjoys the interesting conversations he has with patrons, such as one he had some time ago with a professor of Shakespeare. The topic? The Shakespearean aspects of the Marvel Comics character, Thor. Indeed, what Wadley prizes most about his work is getting exposed to informational bubbles other than his own. Over the course of his time at the Pelham Library, he’s helped patrons zero in on topics as wide-ranging as bacon, the electronics behind heaters, urban farming and World War II internment camps. (Local truckers, he also noted, are big on taking out audiobooks.)

Wadley also has a clear view for what books and authors stand the test of time — and which do not. Perennial favorites for younger patrons include The Little Prince, If You Give a Mouse a Cookie, and the Arthur and Franklin series. Adults love any book by Jodi Picoult, he says. Not so popular anymore? The Twilight series.

For his own favorites, he is currently reading Plague of Frogs, a series of graphic novels that follows the character Hellboy. He is also listening to several selections from the Modern Scholar Series – university lectures offered via audiobook – and reading A Brief History of Seven Killings, a novel, based in Wadley’s native Jamaica, by Jamaican author Marlon James.

Having started last September, Adam Marciano – a full-time clerk — is the Library’s most recent employee. His path to the Library was somewhat similar to Wadley’s. He, too, studied at SUNY Purchase, and he, too, had previous library experience, having worked in Harrison, Larchmont and his native Mamaroneck, before becoming a clerk in Pelham.

Growing up, Marciano was the kind of person who made the most of his local library. “I always used the Library, and after college there was an opening in Harrison,” he recalls. His route included one turn in the road you might not expect; he got the job via a civil service exam.

Marciano does a lot of the processing of books before they go on the shelves, performing such tasks as looking up their ISBN (International Standard Book Number) so they can be linked to the proper online catalog record, which allows users to reserve them, find them, and retrieve them. He likes the nature of processing, and also seeing what new materials are coming into the Library that might interest him. In fact, Marciano says he doesn’t really have a favorite genre: “I can go for a biography or a fantasy book. I don’t really stick to one genre. If it looks good, I’ll read it.”

Asked about what new book at the Library has unexpectedly caught his fancy recently, he pulls out a copy of The Stranger in the Woods: The Extraordinary Story of the Last True Hermit by Michael Finkel. It’s a work of non-fiction about Christopher Knight, who, in 1986 at the age of 20, left his native Massachusetts to live in complete solitude in the Maine woods for 27 years.

What is Pelham reading, according to Marciano? He’s noticed the popularity of the novel Big Little Lies by Liane Moriarty, now an HBO series; anything by James Patterson, the late Carrie Fisher’s The Princess Diarist and The Underground Railroad, a novel about two slaves written by Colson Whitehead.

If you want to know what makes Pelham tick, one way to find out is by asking the staff what’s popular at the Library.

Thanks to Carl Wadley and Adam Marciano for sharing a bit of themselves with the Bookmark.