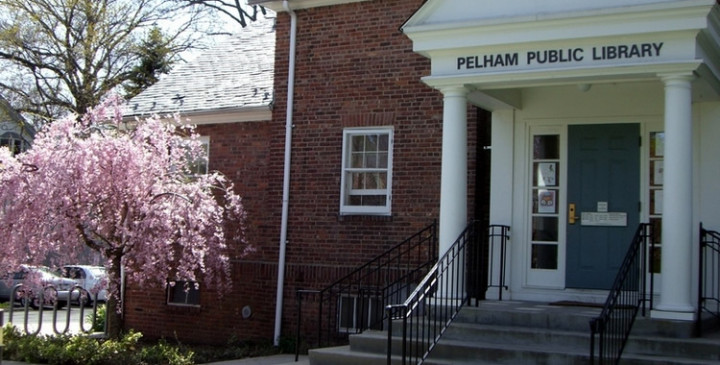 May 2014 Bookmark: What Does the Westchester Library System Do?

A Talk with Pelham’s Cathy Draper, WLS Board VP

If you’ve ever looked through the Town of Pelham Public Library’s online catalog, borrowed a book from another Westchester public library or used an e-resource such as OverDrive, you know the reach of our library extends far beyond its location at the corner of Colonial Avenue and Wolfs Lane.

All of these services are managed by the Westchester Library System (WLS), a consortium comprising 38 autonomous member libraries that together serve almost a million Westchester residents. WLS relies on member libraries for much of its funding, and those fees represent one of the larger elements of the Town Library’s budget. Pelham taxpayers benefit by having access to all of the services WLS provides. While each library sets its own policies and has its own board, the WLS helps the libraries coordinate with one another and share resources – including their book collections.

With its behind-the-scenes role, the WLS can seem remote, but as of last year, its workings came much closer to home when Pelham resident Cathy Draper was named to the WLS board of trustees; the Board has 15 members, each of which represent a district of multiple libraries. Currently its vice president, Draper also represents District IX, comprised of libraries in Bronxville, Eastchester, Pelham and Tuckahoe. Well-known locally for her volunteer efforts, Draper served as a trustee of the Pelham Library for a decade, is board president of the Pelham Education Foundation and the Westchester Children’s Association and serves on the board of southern Westchester BOCES. She has also been a member of the Board of Education.

An Insider’s View of the Westchester Library System

Her support of libraries and education has been an ongoing theme. “Nothing in my educational or professional background would have suggested that I would end up so involved with schools and libraries—I just stepped into both in a small way and became so engaged that I kept saying yes!,” she said.

A job with the Colonial PTA led to running for a seat on the Board of Education, and eventually to her roles with BOCES and the PEF. In similar fashion, a lifelong love of reading — as a young girl she often biked to her local library — led slowly but surely to her current role with the WLS. She became a big user of the old Village of Pelham Library in the Hutchinson School basement upon moving to Pelham in 1990 with her husband, Michael Clain, and their two children. She then was asked to serve on board of the town library once it came into existence, staying on it until she reached her term limit in 2005.
Last year, Assemblywoman Amy Paulin – for whom Draper also works on energy issues – asked her to serve on the WLS board. She said, “I couldn’t resist the urge to get back into library policy after some years away.” The Bookmark talked to Draper recently about her role with the WLS and how it supports the libraries in the consortium.

Her main role is to serve as the voice of her district, and since she represents three “small-ish” Westchester libraries, as well as the larger one in Eastchester, she finds they have their similarities. “Small-town libraries have a slightly similar feel,” she said — they have a small-town sensibility, and are not just libraries, but de facto community centers.

If smaller libraries would seem dependent on larger brethren in cities such as Mount Vernon and New Rochelle, Draper said there’s a healthy interdependency throughout the WLS. While smaller libraries are usually “net borrowers,” in that patrons borrow more books from outside their library’s smaller collections, they also host system-wide programs that bring in patrons of other libraries. “WLS sponsors a number of programs that they can’t possibly do in every Library,” she said. For instance, the Pelham Library is currently hosting the WEBS career counseling program “Managing Your Career in Changing Times.”

The WLS: From E-Books to Advocacy
The broad role of the WLS, Draper said, “is to collectively make decisions on behalf of the Library System.” There’s much under that umbrella. Patrons are probably most aware that the WLS manages the technology that helps the libraries operate, from managing WLS e-collections to ensuring that many other services are now available online, from book renewal to ordering materials from other WLS libraries. It would be difficult for any individual library to manage all of that on its own. “In the day-to-day, the WLS is really about the technology role,” Draper noted. Being a WLS member also provides economies of scale and joint purchasing power.

But then there’s the bigger picture, which is the role the WLS plays beyond providing books and entertainment; it provides ongoing training to library staff and trustees, Draper said, and is committed to advocacy. Members of the WLS are often at the state capital in Albany, stating the case for libraries. For instance, a WLS delegation went to Albany in late February for Library Advocacy Day, calling on the state to increase funding, which is currently at 1996 levels. Since then, library visits have increased by 46 percent, a stunning statistic since it coincides almost exactly with the rise of the Internet. “More and more people seem to be coming into the physical library,” Draper said. “They have a more expansive role than they once did.”

Come to the Library on Tuesdays at 2 p.m. for this new weekly movie series, featuring older adults with decidedly unfinished business. The schedule is below:

April 29: Robot & Frank: When his son gives him a robot-butler, Frank — played by Frank Langella — turns the robot into a participant in his former career: jewel thief. (Run time: 89 minutes)
May 6: August: Osage County. Meryl Streep and Julia Roberts were both nominated for Academy Awards for their roles in this story of the dysfunctional Weston family, brought back to their Oklahoma home by a family crisis. (Run time: 121 minutes)
May 13: Philomena: Judi Dench and Steve Coogan co-star in this story of an older woman’s search for her long-lost son, taken away from her when, as a young woman, she became pregnant and had to live in an Irish convent. (Run time: 98 minutes)
Adult Book Club: Thursday, May 1, 7:30 p.m. The Book Club will discuss The Sense of an Ending, by Julian Barnes. Winner of the 2011 Man Booker Prize, The Sense of An Ending follows Tony Webster, a divorced man in his 60s who finds his past revisiting him when a college girlfriend’s mother leaves him some money.

Career Counseling Seminar: Monday, April 28 and May 5, 6:30 – 8:30 p.m. These are the two remaining sessions of “Managing Your Career in Changing Times” for registered students only.

Take Me Out to the Ball Game: From Pinstripes to Pete: Thursday, May 22, 7:30 p.m. Sports Illustrated managing editor Kostya Kennedy will come to the Library to discuss his just-released book, Pete Rose: An American Dilemma.

Computer Training: Want to learn Microsoft Word or Excel, or learn how to use the Library’s many apps? Call (914) 738-1234 to make a Monday morning appointment for training.
(Library programs are free and open to the public.)