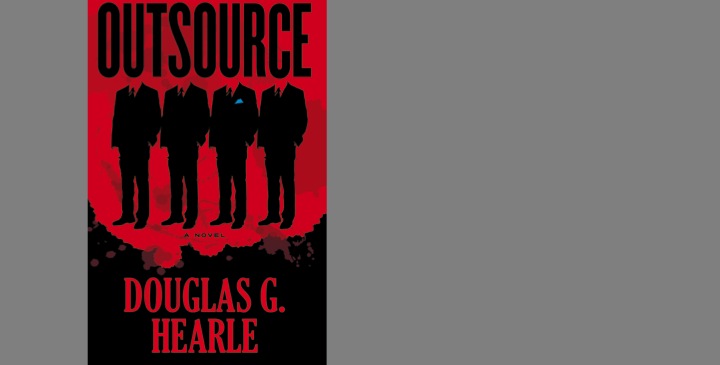 Doug Hearle to Discuss His Novel, “Outsource” on March 12

Long-time Pelham resident and ex-Board of Education member Doug Hearle comes to the Library on Thursday, March 12 to discuss his new novel, Outsource. The book involves espionage, murder and a pivotal point in modern history. The event begins at 7:30 p.m.

Doug is a former New York City newspaper reporter and editor who, in his later career, spent decades as a consultant to foreign governments and companies in dealing with America. For several of those years he acted as a courier for the CIA in southeast Asia.

Outsource is set in the 1980s and involves the accidental discovery of a plot to murder a world leader and its connection to activities on Wall Street. The story takes the reader on a whirlwind global tour from Yonkers to London; from Geneva to Jakarta, delivering several murders and intrigues along the way.

Says Peter Quinn, celebrated author of The Hour of the Cat and The Man Who Never Returned: “Outsource is a tour de force involving spies, contract killings and exotic settings so well portrayed it’s clear that author Doug Hearle has been there and, most likely, done that. Le Carré, Ludlum and Clancy – make room for Hearle. He’s close behind you.”

Doug is also former President and CEO of Carl Byoir & Associates and former Vice Chairman of Hill & Knowlton, Inc., and has generally been regarded as one of America’s leading authorities on crisis preparedness and communications.

Among the high-profile cases in which he was involved were: the US government’s attempt to ban saccharin; the dioxin/Agent Orange issue, the Helmsley indictments, and the Virginia Military Institute’s litigation over its admissions policy. He was called out of retirement to counsel the Augusta Golf Club management regarding a national boycott of the Masters Tournament by an activist group.

He counseled more than 100 clients over a 30-year career in virtually every field of industry and prepared crisis plans ranging from Olympics to air disasters. He advised clients in Indonesia, Holland, Austria, Korea, Hong Kong, Mexico, England, France, Germany, Brazil, Singapore and Australia.

His biography appears in WHO’S WHO IN THE WORLD.