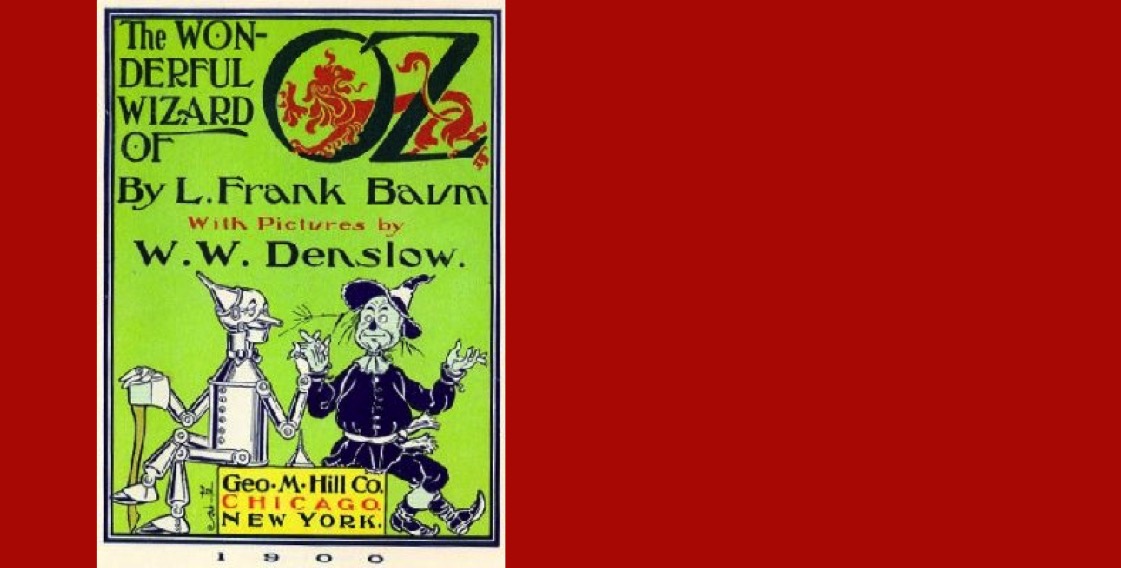 About the Book: Pelham Reads! The Wonderful Wizard of Oz

(Since 2013, Pelham Reads! has been a biennial, community-wide celebration of stories as told through literature, art and film. The events series is co-sponsored by the Friends of the Town of Pelham Public Library, the Pelham Library, The Picture House and the Pelham Art Center. This year, it is being held during the week of November 4.)

It’s easy to make one educated guess involving The Wonderful Wizard of Oz, which is the focus of this year’s Pelham Reads! — that many of us have seen the 1939 movie, but never read the book.

That’s because according to the Library of Congress, the classic film, starring Judy Garland as Dorothy, is the most viewed movie of all time. It wasn’t because of its initial box office – it actually didn’t do that well in theaters – but because of the decades in which the annual screening of the movie on broadcast television was a must-see. In a world before video on demand, families viewed it together year after year. As a result, that version of the story has become the world’s view of Oz.

While the movie is faithful to the book, there are some clear differences. For one, the book – by L. Frank Baum — was called The Wonderful Wizard of Oz. It was an immediate sensation when originally published in 1900, and Baum then went on to write 12 more Oz books – some of them because he was under financial duress. Writing more about the world of Dorothy, the yellow brick road, munchkins, talking trees, flying monkeys, and – of course, The Wizard – was a gold mine for Baum.

Oz was a cash cow for other authors too. Upon Baum’s death in 1919, a writer named Ruth Plumly Thompson took over the series, writing more Oz books than Baum did: nineteen. There are also several other Oz authors – including Thompson, known as “Royal Historians” of the franchise – and a total of 40 Oz books.

The original, fanciful illustrations – by newspaper cartoonist and poster designer W.W. Denslow – have been supplanted in the collective memory by scenes from the movie, but they were certainly a large part of the book’s success. In fact, according to the Library of Congress, this led to an eventual falling out between Baum and Denslow (who had also illustrated an earlier Baum book, Father Goose, His Story). Both author and illustrator thought they were the main reason for the book’s success.

Before Oz, Baum, who never graduated high school, tried his hand at any number of trades, from reporter to salesman to producer of thoroughbred poultry (!). But as someone who loved to tell bedtime stories to his own kids, he wanted to write for children too. He once explained: “To write fairy stories for children … to amuse them, to divert restless children, sick children, to keep them out of mischief on rainy days, seems of greater importance than to write grown-up novels.”

Still, even as Baum professed to wanting to write “fairy stories,” The Wonderful World of Oz has a distinctly American flair that shows just how much Baum moved away from the world conjured up by earlier writers such as the Grimm Brothers and Hans Christian Andersen. In a 2013 interview on NPR, Michael Hearn, editor of The Annotated Wizard of Oz, noted: “You have a little girl from Kansas rather than the Black Forest or from London. And Dorothy meets all sorts of things that she would have met living in the United States: a scarecrow, a man made out of tin — a mechanical man. A lion, she’d probably see in the zoo or a circus.”

The assertive Dorothy is also seen as an American character – someone who knows what she wants and finds a way to get it.

Of course, one thing the book doesn’t have is music. However, the decision to turn The Wonderful Wizard of Oz into a movie musical was closer to Baum’s heart than you might think, given the 39-year gap between the publication of the book and the MGM film’s release. In fact, according to the Library of Congress, Baum himself turned it into a musical comedy with new characters and different episodes just a few years after the book’s release. With composer Paul Tietjens – and Denslow, who created the costumes before his falling out with Baum – the first stage version debuted on June 16, 1902, at Chicago’s Grand Opera House.

There were also silent film versions of the book before 1939, and many adaptations afterward, including the Broadway show and 1978 movie musical The Wiz, starring Diana Ross as Dorothy, Michael Jackson as The Scarecrow and Richard Pryor as “The Wiz.” (That movie will be part of a daylong Wizard of Oz Film Festival during Pelham Reads Oz on Sunday, November 5 that will also feature a sing-a-long of the Judy Garland version.)

The Oz story has also been a major focus of pop art. While some of it goes back to the Art Deco imagery of the movie – or the iconic ruby slippers (which were actually silver in the book) – some of it is amazingly contemporary. There are dozens of handmade Oz items available on Etsy, for instance, ranging from commemorative plates to clocks.

So, if you haven’t read the book, isn’t this the perfect time?

This article originally appeared in The News of Pelham and on Pelhamplus.com.