Browse: Home   /   Bookmark: There’s Always Something to Do on Saturdays at the Library 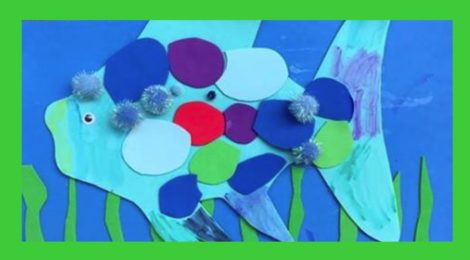 Bookmark: There’s Always Something to Do on Saturdays at the Library

As cold weather curtails outdoor activity, especially on weekends, one place where children are guaranteed to find things to do is the Library. In this issue of Bookmark, we focus on three ongoing Saturday children’s programs, each of which happen to be run by local volunteers. We also highlight two upcoming Saturday special programs that are bound to brighten fall days.

Special Program: Come to K-Day, Saturday, October 28!
K-Day is an annual tradition at the Library, a special celebration when kindergarteners can get their very own Library card. K-Day will be held this coming Saturday from noon to 3 p.m., featuring goodie bags for new cardholders, face-painting, and – back by popular demand – balloon sculptures from Emilio. Stop in between soccer games!

Pelham Reads Oz Kickoff, November 4!
Pelham Reads, a biennial, community-wide celebration of stories as told through literature, art and film kicks off a week of activities on November 4 centering around this year’s book, The Wonderful Wizard of Oz. For more on Pelham Reads, check out this post, which with details about its events.

New Saturday Program: Craft Creations
The Junior League of Pelham kicked off this new book and craft program at the Library in September, which is being led by League members Kerry Buckley and Katy Garry, a local artist. It will typically be staffed by two JLP members, who will choose the book-and-craft theme for the session they’re hosting. In September, attendees did a fish craft based on the book The Rainbow Fish by Marcus Pfister, and last Saturday, heading into Pelham Reads Oz, the kids were entertained with a Wizard of Oz picture book and made witches’ brooms.

For children ages 5 – 9, the program is being held once a month on Saturdays from 1:00 – 2:00 p.m. Check the Library website calendar and newsletter for details. Upcoming dates are November 18 and December 9. As each session is limited to 15 participants, registration is required by calling the Library at 914 738-1234 or stopping by the circulation desk.

For the JLP, this program is an evolution of its long-time support of the library. It has been a sponsor of the Library’s hugely popular weekday Story Time program on Tuesdays and Wednesdays and currently runs two sessions per month in place of staff.

Said JLP president Lisa Hill-Reis, “The Junior League of Pelham has always had a strong bond with the Pelham Library. One of our members is an artist, and we thought this was a great way for her to share her talents with the community — and to inspire other members to do the same. We look forward to working with the Library and Pelham families on combining art and literature in a fun atmosphere.”

The Return of Spanish-English Story Time
Following a hiatus during the summer, Spanish-English Story Time has returned to the Library every other Saturday at 10:30 a.m. Upcoming dates are October 28 and November 11. This program, for anyone who wants to introduce their children to another language, was started in 2013 by Pelham resident Michelle Simon, who discovered – when looking for a Spanish language program for her own toddler – that there wasn’t anything available in the area. “I wanted to raise my child bilingual,” explained Simon, who, though born in Arizona, spoke Spanish first because she moved to Spain at the age of 2 and also lived in Mexico.

Although originally intended to just be in Spanish, making it a bilingual program made the most sense. The program today – which attracts people from Pelham and
elsewhere  – incorporates songs, stories and games such as vocabulary bingo to keep kids engaged.

Chinese-English Story Time
The Library added a Chinese-English Story Time program in June 2016, which is organized by two local parents, Julie Hess and Daniele Li. The program alternates with Spanish-English Story Time, and is for any one of any background who’d like to introduce their children to Chinese. “It’s more and more kids that come from different cultures,” said Li, who often brings her daughter, Serena, to help translate. Upcoming dates include November 18, December 2 and 16 at 10:30 a.m.

Hess, who moved to the U.S. from China in 2014, had the idea for the program right from the beginning of taking up residence here. “Public libraries are always the first place that immigrants go to,” she said. It took a few years for the idea to come to fruition, but when Hess got to know other Pelham parents of Chinese descent who were interested in bringing the program to life, it happened. “I wanted to find a place where I could demonstrate the beauty of my culture,” she said.

As with Spanish-English Story Time, the story is only part of the program. Each session usually opens with a welcome song and also includes crafts, such as a project to do Chinese New Year.

Registration isn’t required for either of the bilingual Story Times. Just stop in with your kids.

(This story originally appeared in The News of Pelham and on pelhamplus.com.)