Browse: Home   /   Travel the World — And Back in Time — With the Library’s Book Clubs! 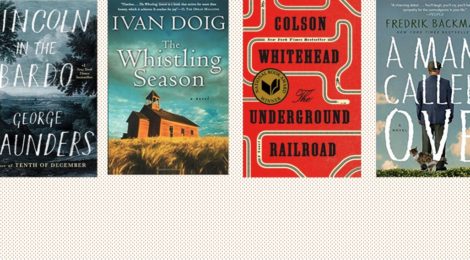 Travel the World — And Back in Time — With the Library’s Book Clubs!

If you’re thinking of joining a book club, the dog days of summer are the perfect time to discover the two offered at the Town of Pelham Public Library.

Both clubs – the After-Dark Book Club, which meets on the first Thursday evening of the month – and the 2nd-Friday Book Club – that meets, yes, on the second Friday of the month — start their annual “season” in September. That means there are still a few weeks to read one of the September selections and be all set for fall!

Each club meets almost every month through June, taking a brief hiatus around the holiday season. The 2nd-Friday Book Club won’t meet in December; the After-Dark Book Club takes its break in January.

Joining either one will give you the opportunity to read a broad array of books: this year, as in the past, club members are reading mysteries, memoirs, historical fiction, non-fiction, fantasy and short story anthologies. As always, the lists of books that make up this year’s selections are the result of voting by the previous season’s book club members.

“We have a diverse group of people in the book club who sometimes react to the same book in very different ways. It’s always interesting to hear other people’s perspectives, ” says Augusta Turner, leader of the After-Dark Book Club and the Library’s Adult Services Librarian.

Carol Ipsen, who leads the 2nd-Friday Book Club, describes other factors that led to that club’s selections. “Every book on this year’s list was chosen for at least one of three reasons: Someone said it was one of the best books they’d ever read; a review grabbed me; a certain author or title was on my must-read list.,” she says. “The aim is to pick stimulating books that are fresh and challenging, not incomprehensible. I’m always excited when our year’s list is put together. And when I’ve picked something that some members like, and others don’t, we have a great discussion/dissection.”

In addition to a diverse selection of books, the Library’s clubs are flexible — you can attend when it suits you. If you only want to discuss certain books, or are simply too busy during some months to make it to the club meeting, there is no obligation to attend.

The book selections for the clubs through December, with synopses, are listed below. Copies of the books are usually available at the circulation desk and some books may be available on the e-book service OverDrive and as audiobooks as well. You can find these options under the “eLibrary” tab at pelhamlibrary.org.

The After-Dark Book Club Selections, September Through December
September 7: A Man Called Ove by Fredrik Backman. Backman’s novel about the angry old man next door is a thoughtful exploration of the profound impact one life has on countless others. Said Booklist’s review: “If there was an award for ‘Most Charming Book of the Year,’ this first novel by a Swedish blogger-turned-overnight-sensation would win hands down.”

October 5: The Whistling Season by Ivan Doig. This novel, set in eastern Montana, is narrated by the character Paul Milliron, an aging state superintendent of schools. It’s a recollection of his first, bookish teacher who according to Publisher’s Weekly “also carries brass knuckles and … somehow knows how to use them.”

November 2: Deafening by Frances Itani. This novel intertwines the topics of deafness and World War I, mostly focusing on Grania O’Neill, a young girl from Ontario, Canada, who becomes deaf after contracting scarlet fever. Taught to lipread, sign and speak, she aids a childhood friend who, injured and back from the war needs to rediscover his voice.

December 7: The Last Days of Night by Graham Moore. This novel, which takes place during the Gilded Age, is a thriller based on real events, focusing on the struggle to install electricity throughout the nation. The main character is a young lawyer named Paul Cravath, who takes on the case of George Westinghouse, who is being sued by Thomas Edison over who invented the light bulb.

September 8: Lincoln in the Bardo by George Saunders. One of Entertainment Weekly‘s Best Ten Books of the Year (so far), this book takes the historical truth of the death of Abraham Lincoln’s 11-year-old son, Willie — and the President’s visits to his grave — and, according to Booklist, spins them “into a supernatural realm both hilarious and terrifying. Willie Lincoln finds himself in a strange purgatory where ghosts mingle, gripe, commiserate, quarrel, and enact bizarre acts of penance.”

October 13: The Guernsey Literary and Potato Peel Pie Society by Mary Ann Shaffer and Annie Barrows. This novel, set on the British island of Guernsey right after World War II, is in some ways about a book club. The society of the title is a book club that came into being as a cover story, as the explanation locals gave the occupying Germans for what they were doing at a past-curfew gathering during the war.

November 10: Interpreter of Maladies by Jhumpa Lahiri. This anthology of short stories focuses on the Indian experience, with most of the stories involving Indians who are living in the United States. (Lahiri, born in England and raised in Rhode Island, was immersed in Indian culture by her family.) The stories range from one about a married Indian couple living in Boston and coping with the loss of their stillborn baby, to the tale of an American boy, Elliott, and his babysitter, Mrs. Sen.

Over the next few months these selections take readers on journeys through India, Sweden, the Gilded Age and both World Wars. And better yet, the Town of Pelham Public Library’s Book Clubs offer lively discussions, so you can relive the stories over again.