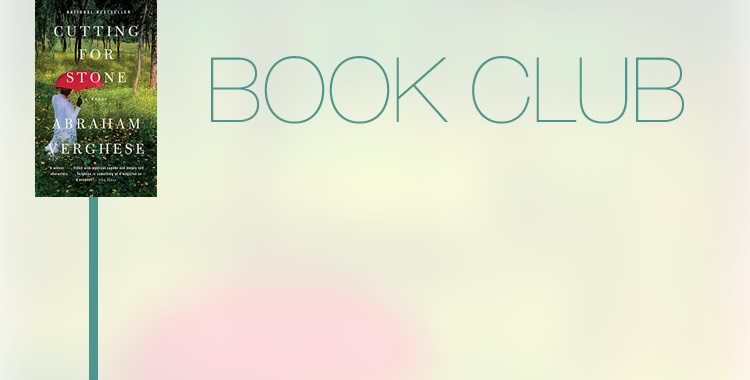 August 2014 Bookmark: The Library’s Book Club Resumes in September: It’s an Ongoing Opportunity to Connect With Other Readers

A CHANCE TO READ  AND CONNECT WITH OTHER READERS

There’s still plenty of summer left, but there’s one enjoyable thing you can do now to get ready for September—start reading some of the books that will be upcoming topics at the Town of Pelham Public Library’s Adult Book Club. After its usual summer hiatus, the club starts up again after Labor Day and continues through June; the meeting date and time is the first Thursday of the month at 7:30 p.m. (Check the Bookmark, Library website, or e-newsletter for dates throughout the year.)

Current Book Club members praise the club for its diverse membership, its low-key attitude and its openness. “It’s really a no-stress thing,” said frequent attendee Mary Ann Hickernell. “No one is worried that you didn’t show up.”

Reading Books One Might Not Have Read Otherwise
They noted that the Club nudges them to read books they would not have read on their own. One of last year’s selections, The Sandcastle Girls—which deals with the Armenian genocide— was an eye-opener for Hickernell and Maschio. “I was never taught [about] that in school,” said Hickernell. Maschio recalled that one Book Club member who was of Armenian descent added greatly to the discussion of the book because her mother and grandmother had told her stories about it.

History is a major focus for this year’s book selections, which were picked by a vote by last year’s Book Club members. They include two non-fiction selections and several historical fiction titles. Figuratively speaking, this year the Club will travel from Ethiopia to London to New Orleans, and from the 19th century through two world wars to  9/11.

September: “Cutting for Stone” by Abraham Verghese. This work of historical fiction follows the lives of twin boys who are raised by a surrogate family and grow up on the grounds of a hospital in Ethiopia. A coming-of-age novel that is both epic and intimate, it follows the boys as they grow up to practice medicine, one in America and the other in Ethiopia.

October: “Citizens of London: The Americans Who Stood with Britain in Its Darkest, Finest Hour” by Lynne Olson. The author of “Troublesome Young Men” reveals the story of how the United States forged its wartime alliance with Britain, from the perspective of three Americans in London who were crucial in shaping public opinion and foreign policy: CBS News’ Edward R. Murrow; Averell Harriman, who ran FDR’s Lend-Lease program in London; and John Gilbert Winant, the U.S. ambassador to Britain.

November: “The Island Beneath the Sea” by Isabelle Allende. From the sugar plantations of Saint-Domingue to the lavish parlors of New Orleans at the turn of the 19th century, this work of historical fiction from New York Times bestselling author  Allende tells the story of a mulatta woman, a slave and concubine determined to take control of her own destiny.

December: “My Beloved World”by Sonia Sotomayor. The first Hispanic, and third woman, appointed to the United States Supreme Court, Sotomayor tells the story of her precarious childhood, with an alcoholic father, a devoted but overburdened mother and the spirited paternal grandmother with whom Sotomayor took refuge from the turmoil at home. With only television characters for professional role models, she decided to become a lawyer, a dream that would sustain her on an unlikely course, from high school valedictorian all the way to the Supreme Court.

February: “The Light Between Oceans” by M.L. Stedman. Tom Sherbourne is a lighthouse keeper on Janus Rock, a tiny island a half-day’s boat journey from the coast of Western Australia. When a baby washes up in a rowboat, he and his wife, Isabel, decide to raise the child as their own. Stedman’s vivid characters and gorgeous descriptions of the unpredictable Australian frontier create a perfect backdrop for this tale of longing, loss and an overwhelming love for a child.

April: “Crossing to Safety” by Wallace Stegner. In this novel, Stegner, who won both the Pulitzer Prize and National Book Award, explores the mysteries of friendship, tracing the bond that develops between Charity and Sid Lang and Sally and Larry Morgan from their first meeting in 1937 through their eventual separation to their final get-together in 1972.

May: “The Submission” by Amy Waldman. Waldman, a former New York Times bureau chief,  has performed a rare and dangerous feat in writing this post-9/11 novel that has been on multiple “best” lists. When a Muslim architect wins a blind contest to design a Ground Zero memorial, the city  takes notice. Waldman explores a diversity of viewpoints, bringing in politicians, businessmen, journalists, activists and normal people who get caught up in the controversy.

June: “Caleb’s Crossing” by Geraldine Brooks. Based on a true story, this novel came about when its author moved to  Martha’s Vineyard in 2006 and ran across a map marking the birthplace of Caleb, the first Native American to graduate from Harvard College—in 1665. Brooks offers a compelling answer to the riddle of how—in an era that considered him an intellectually impaired savage—he left the island to compete with the sons of the Puritan elite.

FIZZ BOOM READSummer Reading Game 2014: Sign-up continues through Thursday, July 31; for pre-schoolers through eighth graders. Pre-school kids can win their free, new book from the Library after listening to six stories; school-age children must read three age-appropriate books. There will be an end-of-summer ice cream party for participants on Thursday, August 28, at 2 p.m.

Monday Movie Night, July 28, 6:30 p.m.:Come to the last of the Library’s summer movie nights, which will feature Star Wars: The Clone Wars. (Families welcome; children under 10 must be accompanied by an adult.)

Practice for “The Battle of the Books”: Tuesday, July 29, 1 p.m.; For children entering grades four through six. The Pelham Library is preparing a team for “The Battle of the Books” this fall, a challenge that will test readers’ knowledge of five different books, culminating with a quiz game against other libraries on Saturday, October 18. To sign up and get the list of books, call the Library. Further meetings will be held in the fall.

Time to Make a Tangram: Wednesday, July 30, 2 p.m. For children ages four and up. Make your own version of the popular seven-piece paper puzzle. Sign-up is required.

Paws A While to Read:Saturday, August 9, 10:15 to 11:15 a.m. People of all ages can come and read to therapy dogs Nettie, Olivia and Charlie. No sign-up is required.

Book Club Resumes: Thursday, September 4 at 7:30 p.m. The Club will discuss “Cutting for Stone” by Abraham Verghese. (See above for details; no sign-up required.)

Individualized Computer and Device Instruction: Call the Library to make an appointment for individualized instruction in popular computer programs such as Microsoft Word and Excel, or bring your smartphone or tablet to the Library and learn how to get started with apps that give library patrons access to free e-books, e-audiobooks, e-music and more.

(All Library programs are free and open to the public. To sign up for programs that require pre-registration, call the Library at 738-1234. Out of courtesy to fellow attendees, please be on time.)

Save the date: Saturday, November 15 is this year’s date for Novel Night,the every-other-year fundraiser run by The Friends of the Pelham Public Library.

Free tickets to the Katonah Museum of Art: The Library has free tickets for admission to this renowned Westchester art museum. Tickets are for use during regular museum hours – not special events and programs. There are two types of tickets: one is valid for two adults with unlimited children, and the other is valid for one adult. They can be picked up at the circulation desk.

Suspending Your Hold: Did you know it’s possible to suspend a “hold” you have on library materials? By suspending a hold your place in the queue will be reinstated when you return and you won’t miss your hold. Call the circulation desk at 738 -1234 for details.

Labor Day Holiday: The Library will be closed on Monday, September 1 for Labor Day